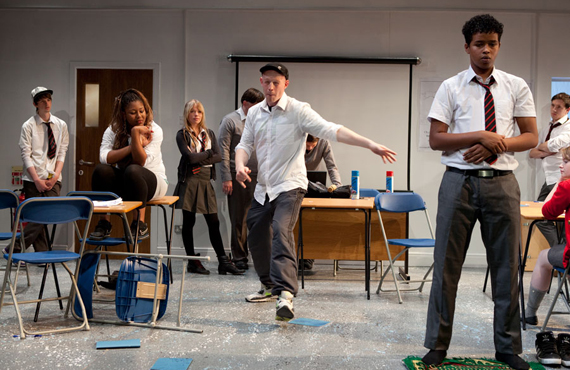 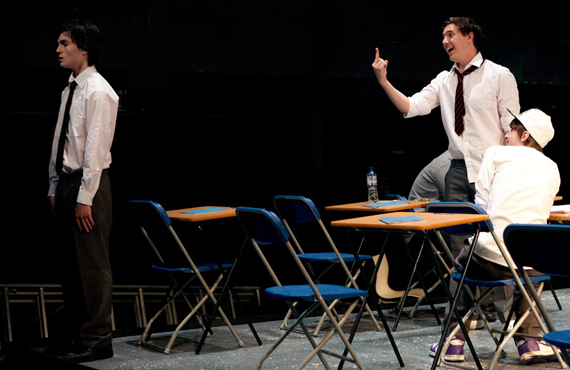 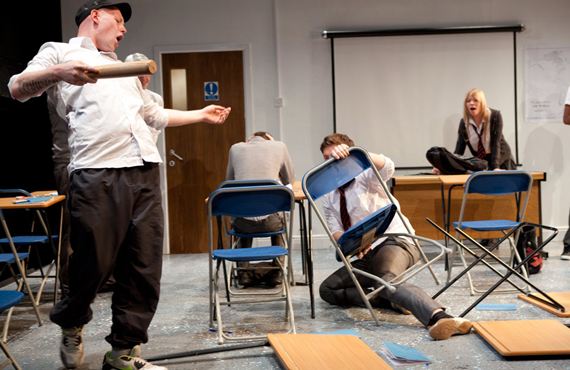 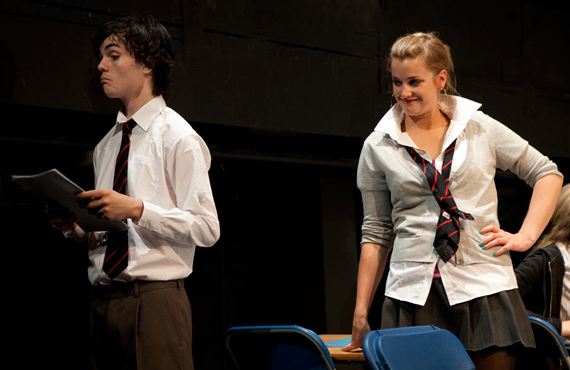 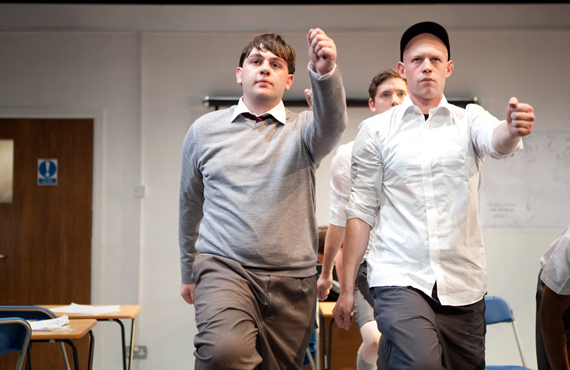 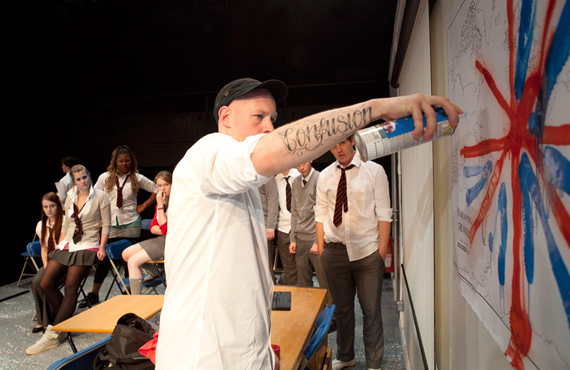 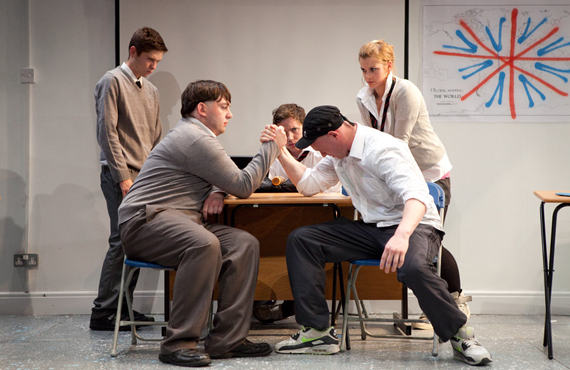 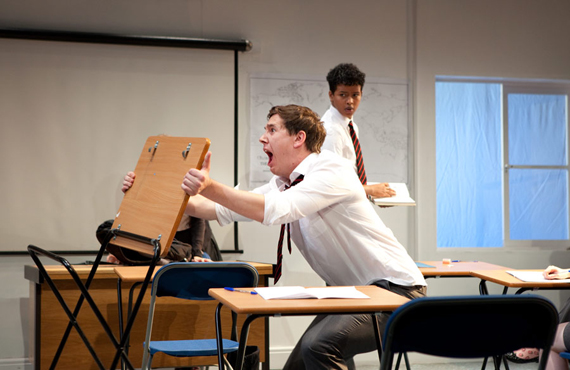 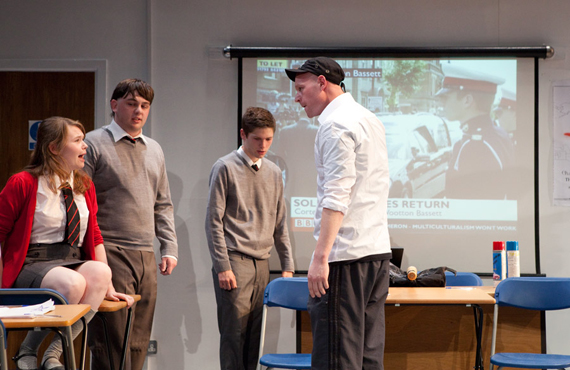 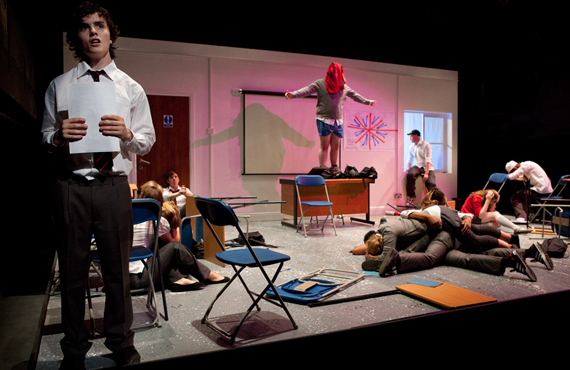 It’s citizenship class at Wootton Bassett School and the supply teacher has done a runner and locked the pupils in. Dean needs the toilet, Aimee needs a coffee, Amid needs to pray, and Leo well, Leo really, really wants to escape. Outside, only yards from their confinement, a repatriation of fallen British soldiers is happening along the high street, as it has over a hundred times before through this quiet Wiltshire town. But this one is more personal than most. As factions form and secrets are revealed, maybe Leo is not the only one who’ll want to get away.

An exhilarating and startling snapshot of a generation who has inherited a world at war, staged at the Bristol Old Vic, not many miles from Bassett, during the tenth anniversary week of 9/11.