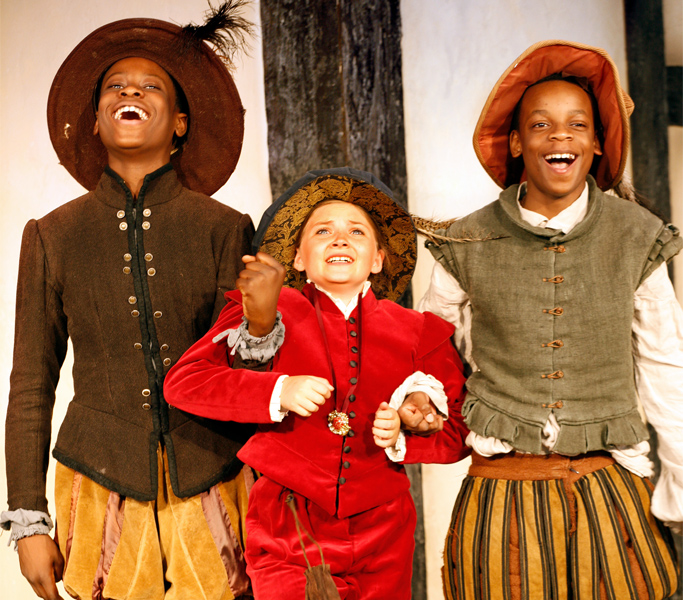 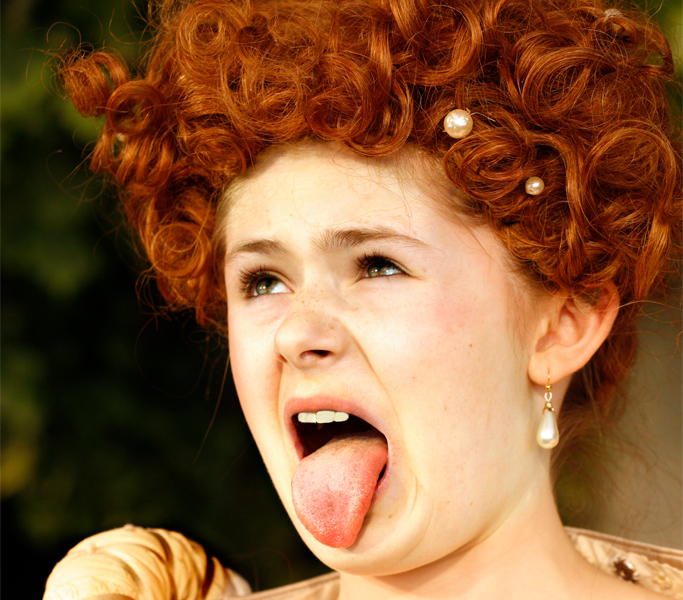 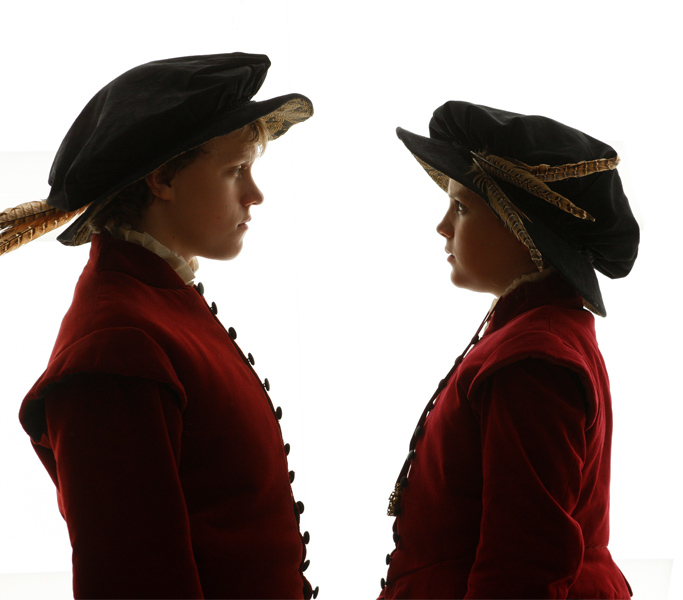 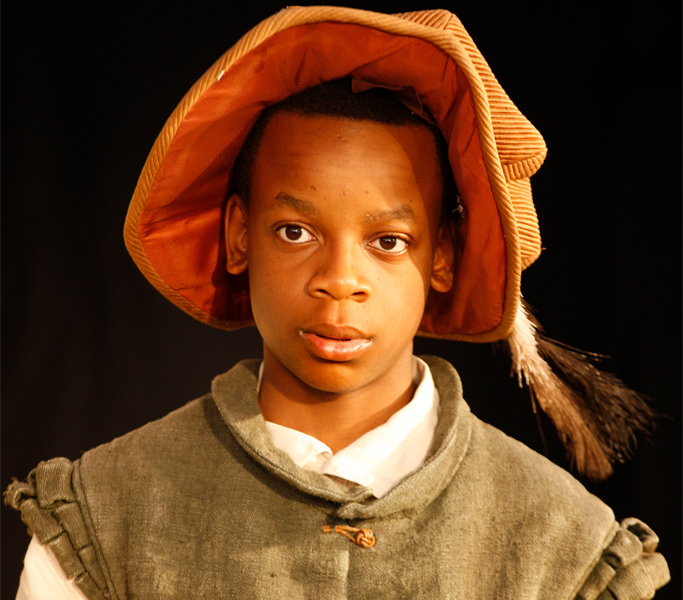 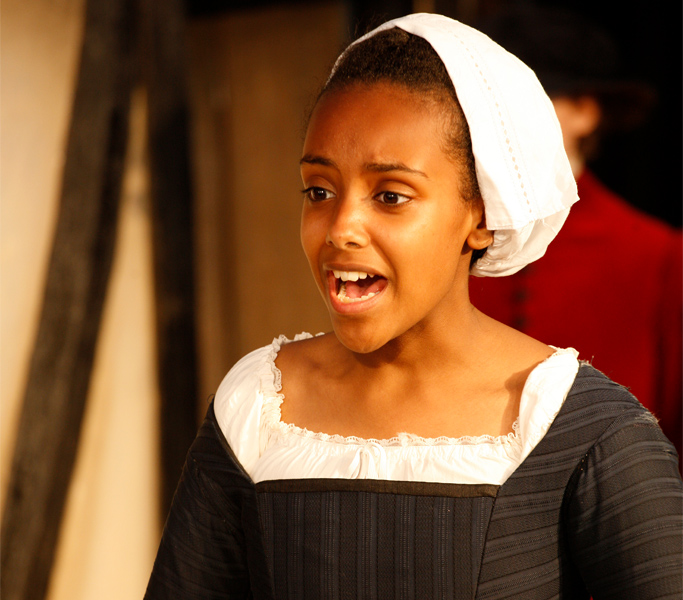 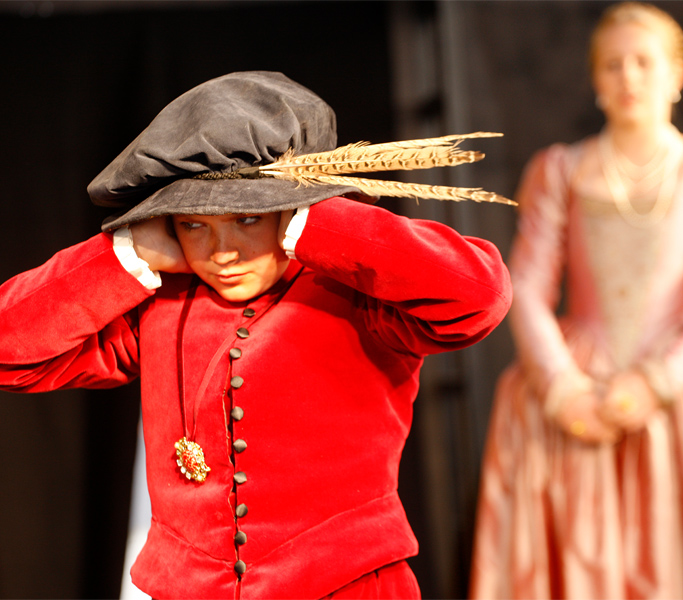 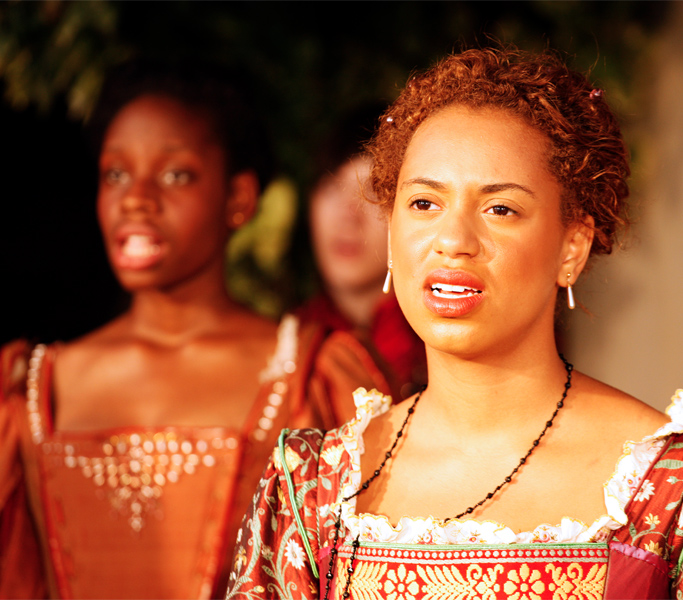 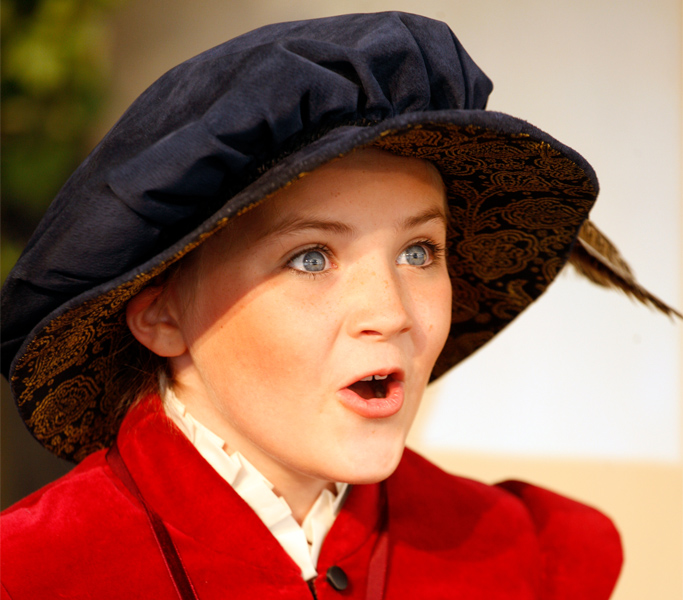 Bryony Lavery has written a surprising play about Shakespeare’s children: twins Judith and Hamnet and their elder sister Susanna. Cesario has a persistent non-heritage, unsaccharine attitude. Judith, taking her cue from all those cross-dressing Shakespeare twins, simply won’t dress as a girl. An extraordinarily assured lead performance from 13-year-old Lola Turner and beautifully directed by Anthony Banks.  Susannah Clapp, The Observer

A delightful dramatic meditation on kinship and twinship in Shakespeare, featuring Shakespeare’s own twins, Judith and Hamnet, presaging the watery separation of Viola and Sebastian in Twelfth Night.

The Company of young actors drawn from local schools, all fully costumed in Elizabethan fig, run around a clever Stratford-upon-Avon design (by director Anthony Banks) of the Tudor walls and flower gardens at New Place. There were two big company set-pieces dividing the disputatious scenes between Shakespeare’s children, a couple of builders’ apprentices called Wattle and Daub and the twin children of an apothecary, the girl twin done up as Gloriana.   Michael Coveney, WhatsOnStage

An apple cleft in twain is not more twin

Than these two creatures

12 year old identical twins JUDITH and HAMNET have a famous playwright father who’s often away in London and rarely at home with his children. Judith wears boy’s clothes so she can look like Hamnet and insists that everyone calls her Cesario. She imprisons Hamnet inside the family house, even though there is somewhere he needs to be. She manages to evade the demands made by her bossy big sister SUSANNAH, who wants her to grow-up and help their mother in the house. Judith prefers life outdoors, and regularly picks fights with ARTHUR the apothecary’s boy and with the builder’s apprentices WATTLE and DAUB, the other pair of Stratford-upon-Avon twins. She drinks cider and smokes a pipe of the new tobacco with the huge HIGGLER family newly arrived from Queen Elizabeth’s London, and she buys a powerful spell from them. Why? Because Hamnet is very ill. He may leave forever and Judith’s not going to let that happen…

Inspired by the twins from several Shakespeare plays, Bryony Lavery’s funny and touching new play about belonging and loss is a summer treat for family audiences