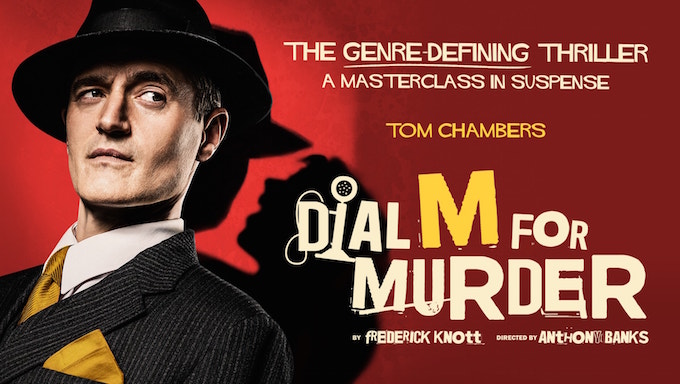 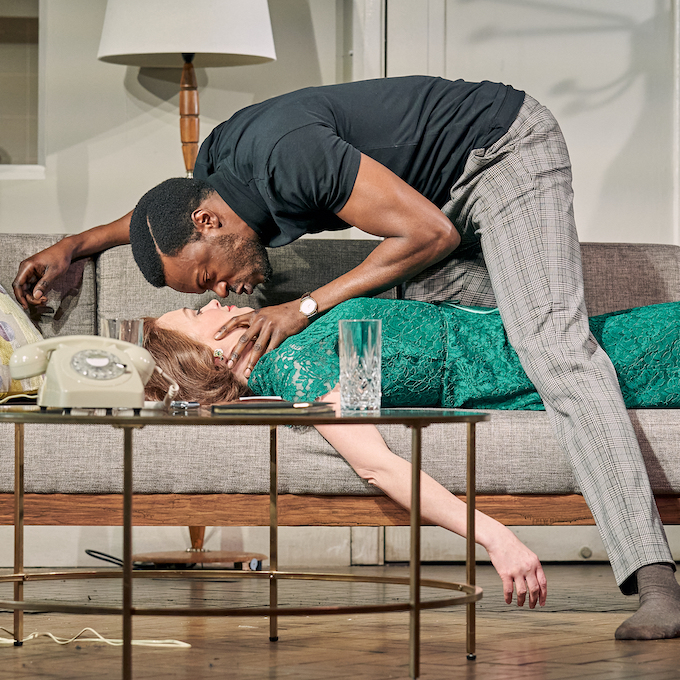 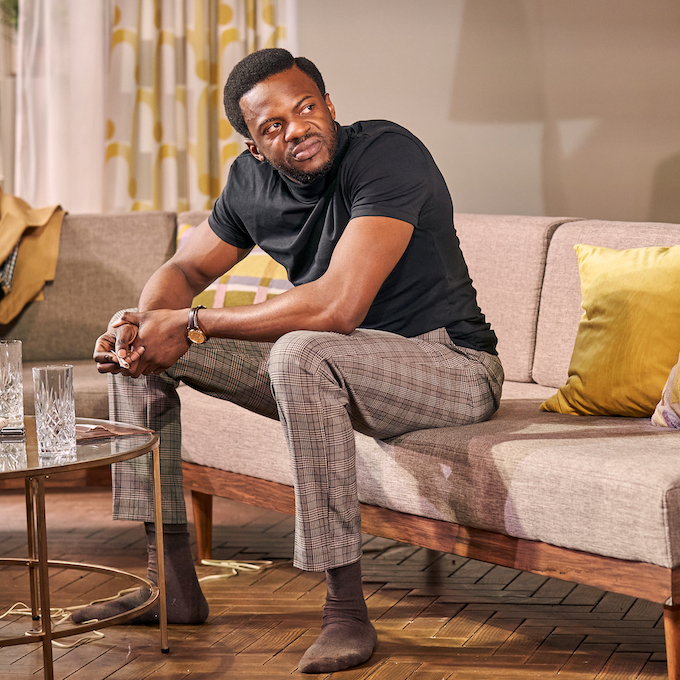 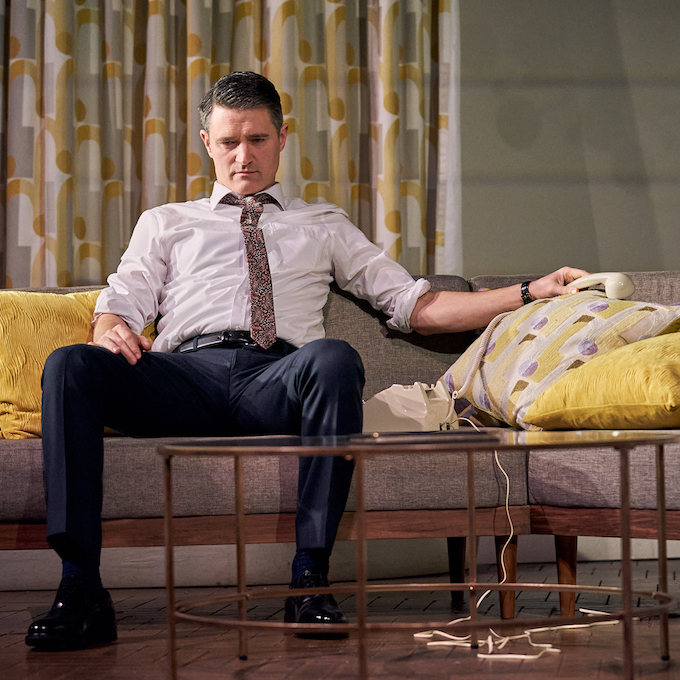 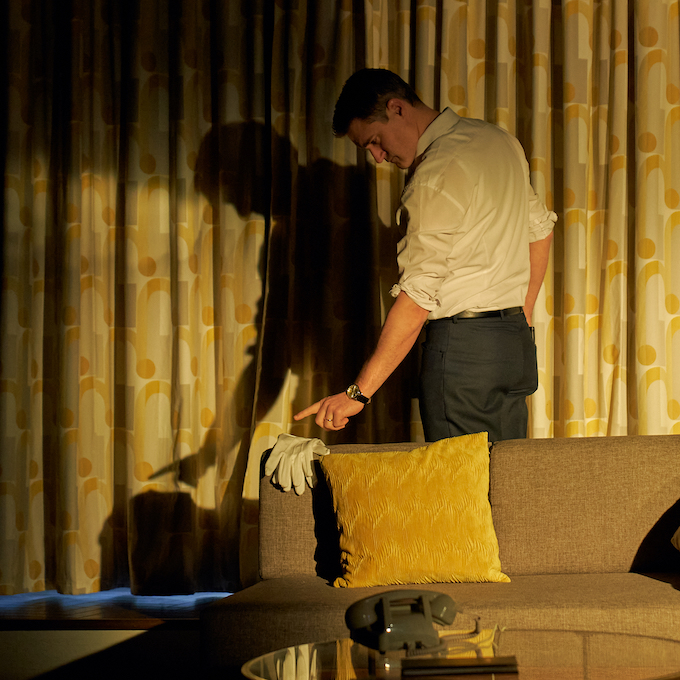 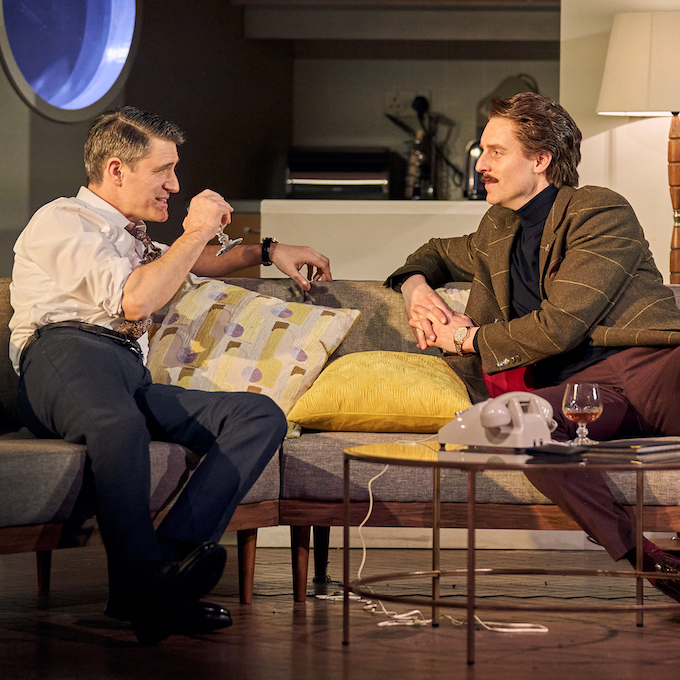 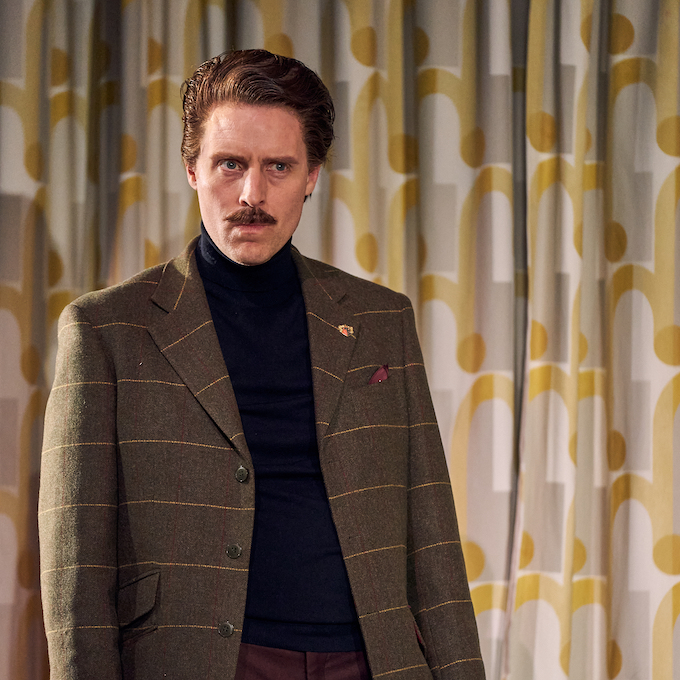 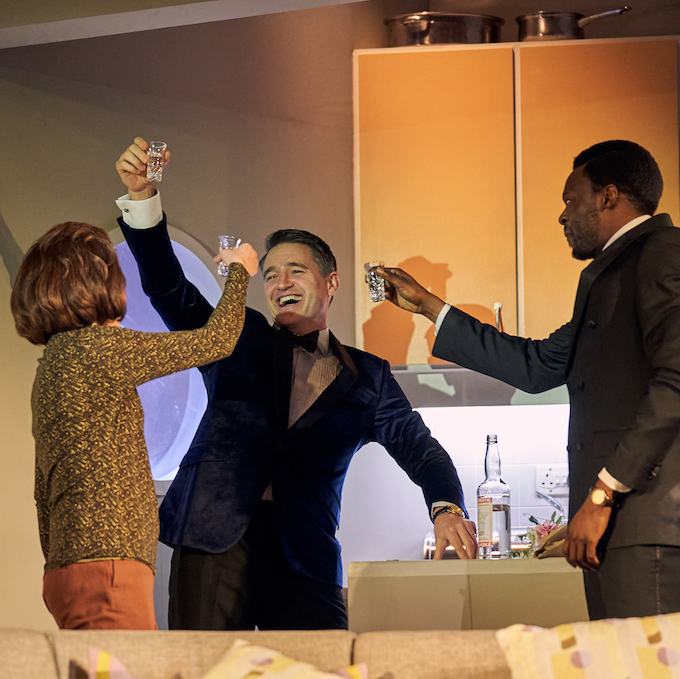 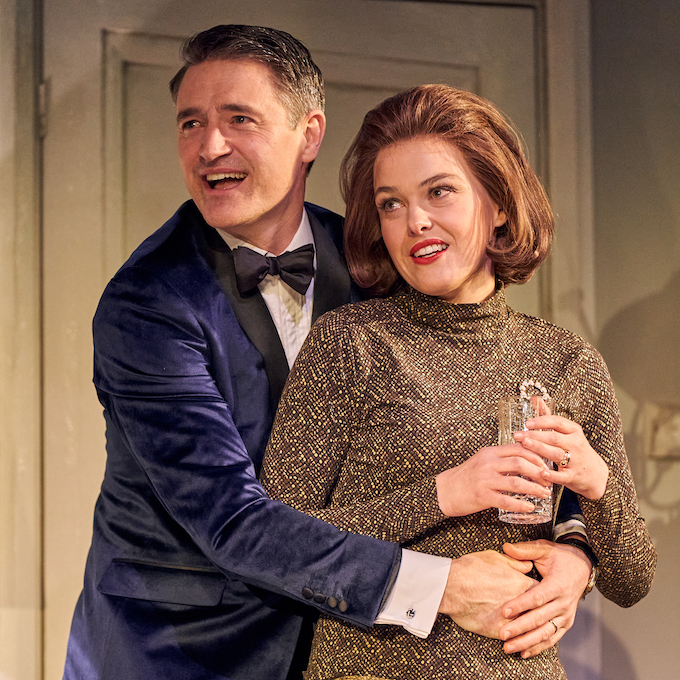 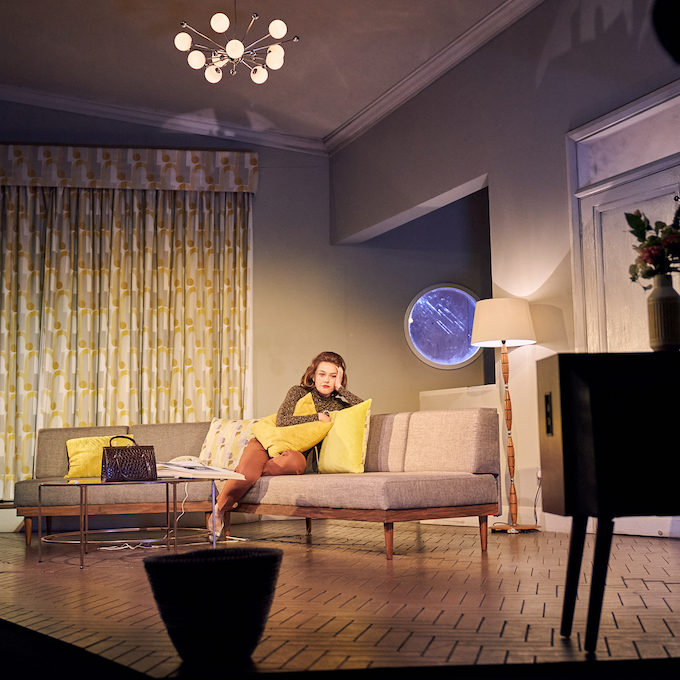 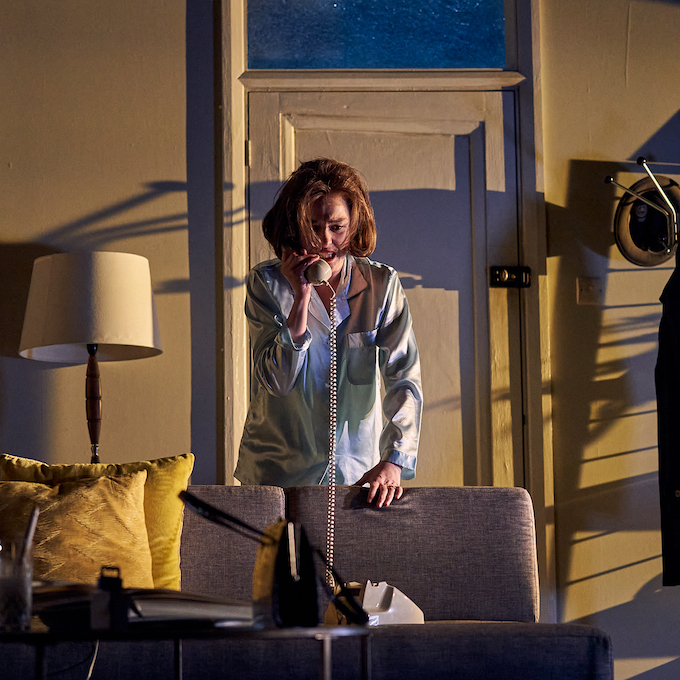 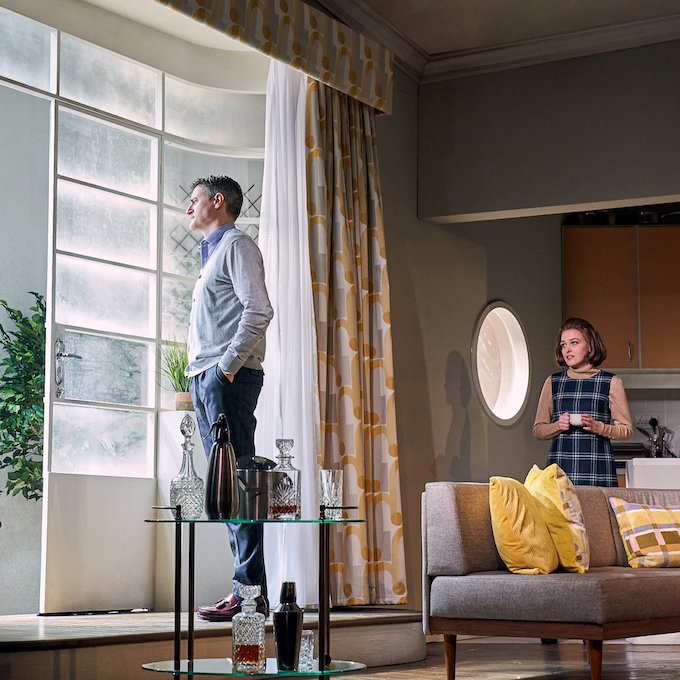 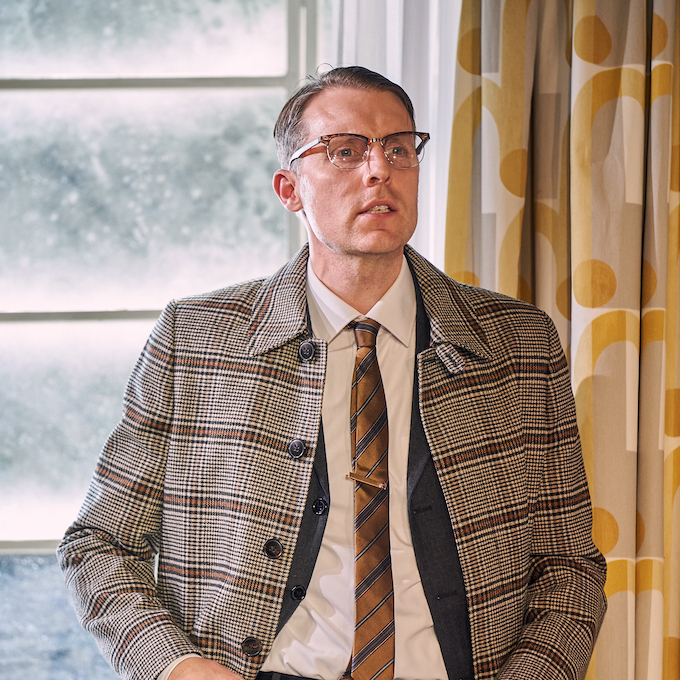 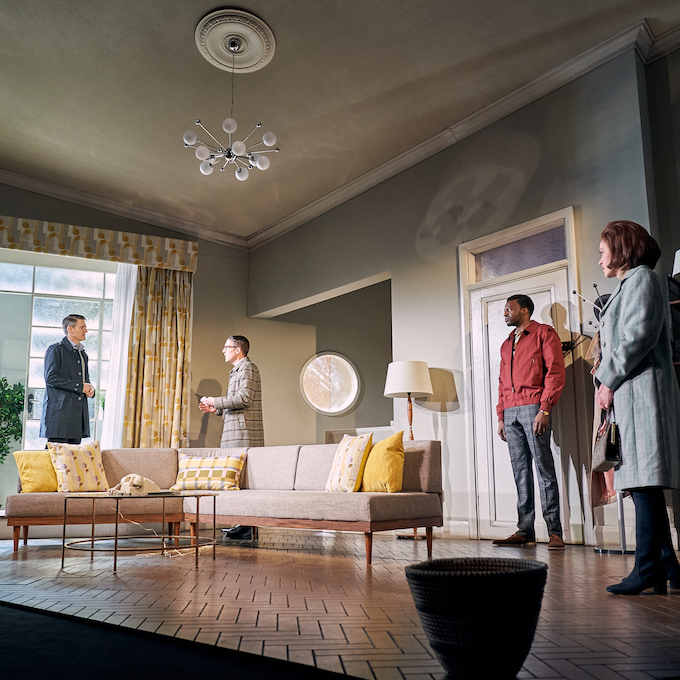 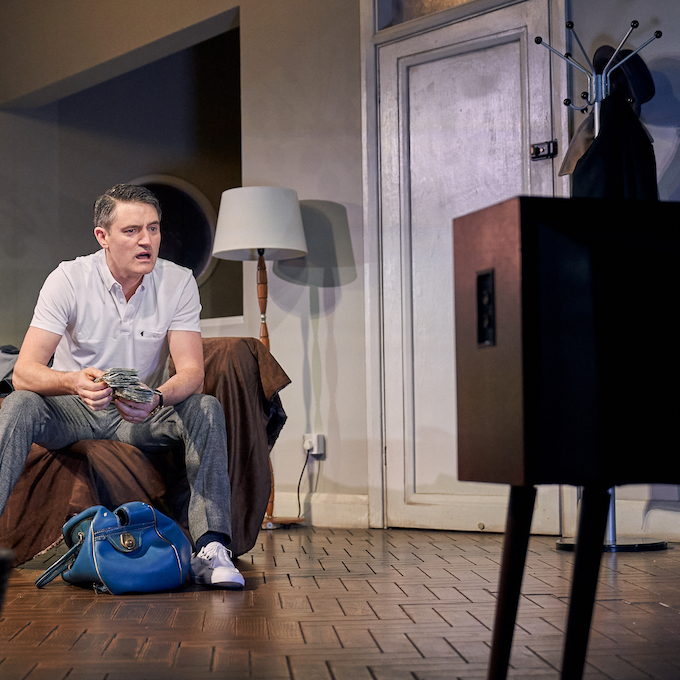 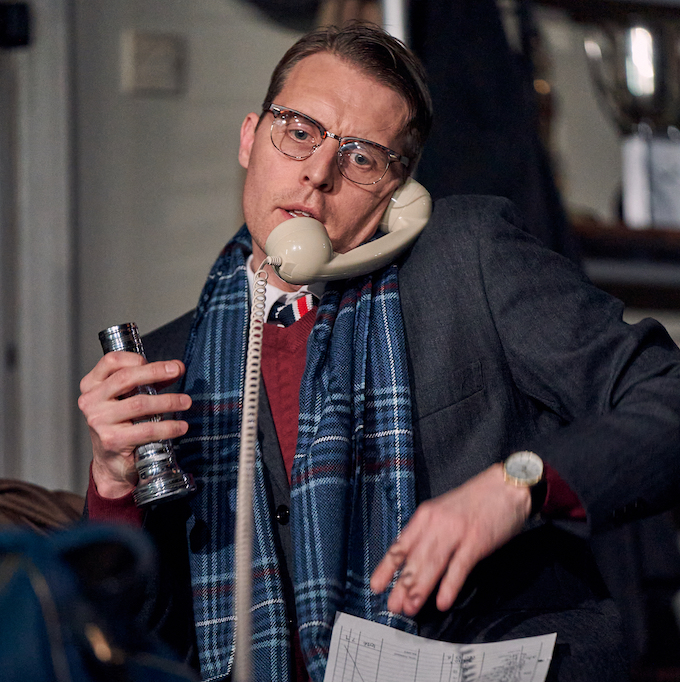 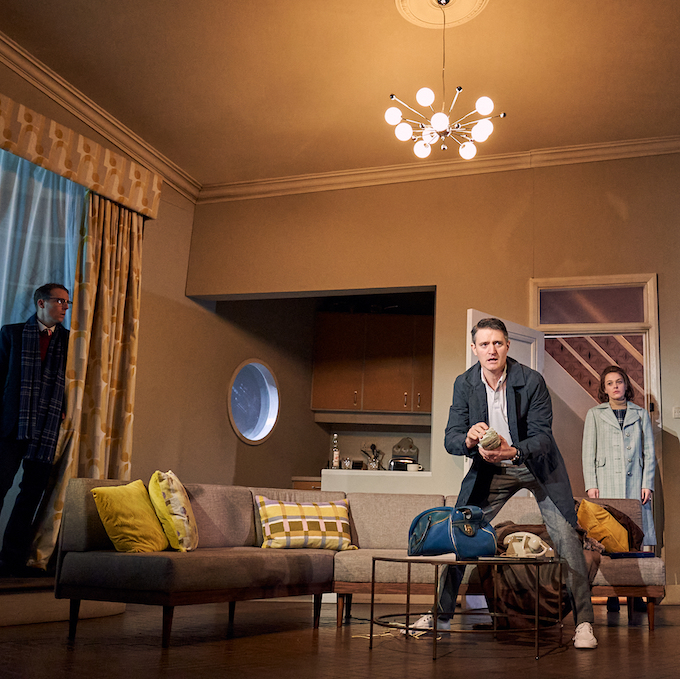 **** Anthony Banks’s new production gives a thoroughly welcome shake-up, pushing the style and decor forward to the early 1960s, and portraying the central couple as a slightly racy pair, hanging around with creative types in leather jackets, and talking, in Tony’s case, in a slightly déclassé estuary accent.    Add an interesting twist, in Banks’s decision to make both Tom Chambers as Wendice and Michael Salami as Margot’s ex-lover Max play their roles in a slightly stylised, hysterical style, as if permanently on the verge of a nervous breakdown, and you suddenly have a much more jangly, disruptive and interesting version of postwar London than is often served up in 1950s thrillers.    The result is a tense, clever and thrilling version of Knott’s terrific tale, orchestrated to its conclusion by Christopher Harper’s strikingly youthful and eccentric Inspector Hubbard. And as these strange and nervy men circle around her, it’s Sally Bretton’s touching, straight-as-a-die performance as Margot that gives the drama its emotional centre; conjuring up the image of a woman caught up in a time of social change, and guilty of betraying her husband, but willing to fight for her own life, and – with a little help from her friends – to win.    Joyce McMillan, The Scotsman

**** Anthony Banks’ smooth direction expertly transports the plot and themes, along with the characters into modern day, applying universal mannerisms to the characters that make the whole piece seem timeless, rather than it’s timely original.   Joe Lawrence, Theatre Weekly

Charismatic and manipulative Tony Wendice, a jaded ex-tennis pro, has given it all up for his wife Margot. When he discovers she has been unfaithful his mind turns to revenge and the pursuit of the ‘perfect crime’.